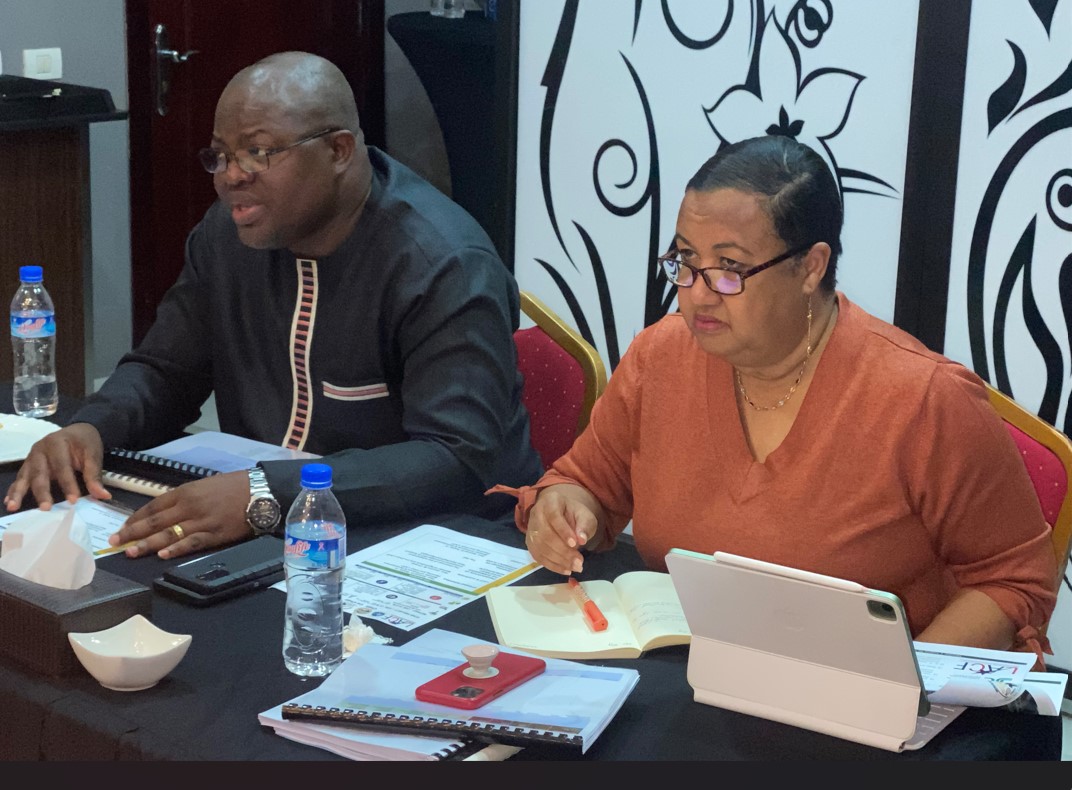 The Funds Advisory Committee (FAC) of the Liberia Agriculture Commercialization Funds (LACF) has ended its first sitting with the approval of twenty-three grants for agribusinesses, including smallholder agricultural producers and processors. LACF is the body that manages the matching grant component of the Rural Economic Transformation Project (RETRAP) and the Smallholder Agriculture Transformation and Agribusiness Revitalization Project (STAR-P). Both projects are funded by the World Bank, and the International Funds for Agricultural Development (IFAD) funds some components of the STAR-P. The projects are managed by a Project Implementation Unit (PIU) of the Ministry of Agriculture (MOA). The approval was done in a meeting that was held on Monday, August 22, 2022 at a local hotel in Monrovia.

Component two of both projects supports an enabling environment that promotes the enhancement of productivity, competition, and market access through alliances. Working with the MOA through the PIU, the LACF ensures the effective and efficient delivery of matching grants to agribusinesses, including smallholder farmers and processors with viable and profitable business plans who also demonstrate that they have the capacity to match the grant though assets and cash, and are involved with any of the projects’ value chains or crop including cassava, oil palm, rice, rubber, piggery, poultry and vegetables or acceptable agricultural inputs.

Grant applications evolve from the counties through a system supported by the newly recruited Business Development Service Providers (BDSPs) and get processed for screening and approval for presentation to the FAC.

Delivering the opening remark, the Deputy Minister for Economic Management at the Ministry Finance and Development Planning (MFDP) Hon. Augustus J. Flomo said the action of reviewing the applications and approving grants for agribusinesses was an important piece of the country’s economic expansion program. “I am particularly happy that we can hold this meeting today after all the efforts that have been employed to ensure we provide the best opportunities to our agriculture sector actors. We can now chart the course of structuring the needed support into an organized manner that allows for the sustained augmentation of production, improvement in livelihoods of farmers and processors, and eventually a more vibrant economy that can thrive on agriculture”, he said.

He called on the PIU and the MOA to initiate clear, transparent and sustainable communication mechanisms to assure beneficiaries and wouldbe beneficiaries that the activity is factual, addressing the concerns of fraud and misinformation, and guidance to attain the best outcome.

In her statement, Agriculture Minister Jeanine M. Cooper said the provision of grants to the beneficiaries will bridge the gap that exists between largescale farmers including concessionaires and smallholder, empowering the later to increase and be more competitive. “Farmers in this category have always struggled with access to finance to enable them to expand their activities to desired levels. I know this because I was into cultivation and production long before becoming minister. I am glad that we have gathered here as the body that will approve the first bash of funding support for deserving farmers to strengthen their already strained efforts to make the sector a viable one that will drive our country’s economy”, she said.

Beneficiaries that were appoved will receive between US $15,000 and US $200,000 each as grants to augment their production capacity and cover the cost of other agric-related expenses. An Independent Investment Committee (IIC) forwarded 38 Investment Memoranda to the Fund Advisory Committee (FAC) for approval, with most applications originating from Nimba, Lofa, Margibi and Bomi Counties.  The FAC approved 23 of the Investment Memoranda and instructed that the other investment memoranda be restructured to address system-specific, not enterprise-specific challenges.

The FAC, which is the highest decision-making body for the fund management, is chaired by the Ministry of Finance and Development Planning (MFDP) through its Minister Hon. Samuel D. Tweah, Jr., while the Ministry of Agriculture represented by Minister Jeanine M. Cooper is the co-chair. The Ministry of Commerce and Industry (MCI), Ministry of Justice (MOJ), Ministry of State for Presidential Affairs (MOS) and the National Investment Commission are members of the committee. Others include the Central Bank of Liberia (CBL), Liberia Bankers’ Association, Liberia Business Association (LIBA) and Deloitte West Africa which is the fund manager.